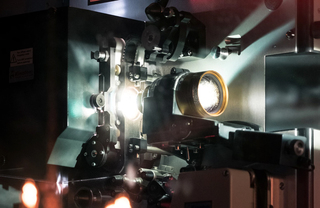 The event cinema-minded Manhattanites have been waiting for is right around the corner. From the East Side apartments and beyond, the island is already abuzz with talk about the 56th Annual New York Film Festival. It’s been a staple for important works of film since 1963, and this year’s iteration is going to, as always, be highlighting “the best in world cinema, featuring top films from celebrated filmmakers as well as fresh new talent.” Hosted by the Film Society of Lincoln Center, it’s sure to be a thrilling show.

There will be plenty of amazing films on display — from shorts to documentaries — and in order to make the most of it you’ll need to have a bit of advanced knowledge about the lineup, schedule, and organization. We’ll be covering all today, and highlighting some of the gems you’ll find if you’re able to make it out there.

What is the New York Film Festival?

The New York Film Festival has been a mainstay of the cinematic world since the 1960s:

During the late 1960s, 1969 specifically, the Film Society of Lincoln Center was formed to “recognize and support new filmmakers,” along with enhancing “awareness, accessibility and understanding of the art among a broad and diverse film-going audience.” You can check out highlights from the history of the Film Society on their aptly-named Our History page, but it’s safe to say that the NYFF will remain one of the most stunning jewels in their crown, and the event for which they are best known.

As part of the NYFF, talented filmmakers submit their work to the Film Society for consideration, and can enter in one of several main categories:

The Film Society lists the rules for submission directly on their site, and select the very best films for screening during the festival. This year is set to feature some high-quality contenders from around the world, as is typical for the event.

What’s on This Year’s Lineup?

The schedule for the Film Festival is immense. The official brochure is 56 pages long, and there are too many films for us to cover in just a short post, but we can draw attention to a few standout contenders. We don’t even have to go that far to find them, as the New York Post already posted a rundown on a few early awards hopefuls.

Topping the list is If Beale Street Could Talk. Directed by Barry Jenkins (of Moonlight fame) this film is an adaptation of author James Baldwin’s novel of the same name, and stars KiKi Layne as an African-American woman trying to clear the name of her wrongly convicted husband (played by Stephan James) in 1970s Harlem. The film already generated some buzz at the Toronto International Film Festival, and will likely be turning more heads before its November 30th release.

The costume drama The Favourite, directed by Yorgos Lanthimos, has also been making a name for itself ahead of its release date (November 23rd). Starring Emma Stone, Rachel Weisz, Olivia Colman (and a few other notables), the story revolves around a pair of cousins attempting to become the court “favorites” of Queen Anne during the early 18th Century.

Then there’s Roma, directed by Alfonso Cuarón. This too takes place in the 1970s, but instead of the gritty streets of Harlem, it offers a semi-biographical take of Cuarón’s upbringing in Mexico — that of a middle class family with a live-in housekeeper. Starring Yalitza Aparicio, Marina de Tavira, Marco Graf, Daniela Demesa, Enoc Leaño and Daniel Valtierra, the film has already made its world premiere, and has earned an impressive score of 98% on review aggregator Rotten Tomatoes, based on 43 reviews.

Of course, no film festival like this would be complete without some sort of dark comedy making waves, and The Ballad of Buster Scruggs, the latest offering from the Coen Brothers, fits the bill. An anthology film, this movie offers six stories in one, each of which takes place in the Old West, post-Civil War United States. Starring big names like Liam Neeson, James Franco, and Tom Waits, it’s garnered its fair share of attention, and critics have taken notice, as the film received a Golden Osella Award for Best Screenplay and is currently holding firm at 94% on Rotten Tomatoes. After a theatrical run, you’ll also be able to watch this one on Netflix on November 16th.

Of course, there are plenty of other films that will be on display during the festival, and you’ll want to make sure to check out that complete schedule so you know when the films you’re interested in will be screening.

All Part of What Makes the East Side Apartments Great

New York is always alive with amazing events, and part of what makes the city so vibrant. You’ll want to be right in the middle of the action, and there are few places more central to what makes New York such a cultural marvel than The Cole. Tucked away in one of the Upper East Side’s most vaunted areas, you’ll be near all the greatest in entertainment, shopping, dining, and more. Be sure to check out everything The Cole has to offer, and make it your choice for fantastic living in NYC.