4th of July in Upper East Side 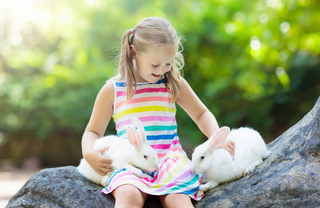 It’s perhaps the most American of all holidays, and residents of the luxury apartments in NYC will want to have a great time just like any other. Where to go and what to do, though, is the question you might well be asking yourself. Thankfully, the 4th of July offers no shortage of options, especially if you’re looking for something to do around Manhattan.

From museum jaunts to fireworks displays and beyond, there’s quite a bit available to you if you know where to look. If you’re not sure of where to look, however, then keep reading. Today, we’re going to go over some of the many options you’ll have for entertaining yourself once Independence Day finally rolls around.

Head to a City Landmark

It goes without saying that the Fourth of July is a holiday, which means that many businesses, banks, and federal institutions will be closed. That doesn’t mean everything is going to be shut down, though, and there are still a few city favorites you can check out if you have the time and the inclination.

Located on the Upper West Side, this museum is home to many an exhibit and collection featuring human culture, the natural world, and our universe at large. From “Unseen Oceans” to a trip deep into the Amazon, you’ll be able to explore many of the wonders of existence right on the island of Manhattan. For the 4th of July, the museum will be open from 10:00AM to 5:45PM, and general admission tickets are still $23 for adults.

If you love animals and don’t mind heading over to Central Park, you can check out the Central Park Zoo and the variety of animals they have on display. Seals, penguins, snakes, monkeys, birds, and more call this pristine natural environment home. On July 4th, the zoo will be open from 10:00AM to 5:30PM and admission is $12 for adults.

Nothing wrong with touring one of the city’s tallest buildings on Independence Day. The Empire State Building is located right in the center of Midtown, and the observation floors will give you a grand view of all the city’s happenings on independence day. The building will be open from 8:00AM to 2:00AM, and you can snag an observatory ticket for $17.

The Metropolitan Museum of Art

Right in the Upper East Side, you’ll find the Metropolitan Museum of Art, home of one of the largest collections of human creativity on the planet. Some popular favorites, like Painted in Mexico and Public Parks Private Gardens will still be on display come July. On July Fourth, the museum is open from 10:00AM to 5:30PM. Tickets are $25 for adults.

The Museum of Modern Art

For a more contemporary take on art, you’ll want to head to MoMA in Midtown. On Independence Day, you’ll be able to see much of the great art they have on display, as the museum will be open from 10:30AM to 5:30PM, and tickets are $25 for adults.

The Whitney Museum of American Art

The Whitney, located near the banks of the Hudson River, specializes in artworks from the American Experience and has plenty on display that you’ll find interesting. On the 4th of July, the museum will be open from 10:30AM to 6:00PM, and general admission tickets for adults are $25.

Take a 4th of July Cruise

If you want to get a special view of the city on Independence Day, you can try a riveting Fourth of July cruise, with one such example being the 4th of July Fireworks Dance Cruise aboard the Liberty Belle.

Far from the ordinary sit down dinner cruise, this tour around the NY skyline will feature a premium open bar, cash buffet, and 3 levels-worth of blaring DJ music, played with the intention of getting you out on the floor to shake and gyrate to the pulsating sounds. You’ll even get a good look at some of the 4th of July Fireworks as you near the Statue of Liberty.

If the idea of a party on the water doesn’t quite appeal to you, perhaps a party on dry land will? You can head to the Penthouse at the Hotel on Rivington for a “4 hour open bar, delicious summer bbq buffet and unobstructed panoramic views of the New York City skyline.”

DJ Marco Penta will be in attendance, supplying the heavy beats and beckoning you and your friends to the dance floor to cut a rug for a few hours. This event will last from 7:00PM to 11:00PM.

Perhaps the most spectacular of all the city’s Fourth of July festivities is the Macy’s firework extravaganza. Taking place on the East River, this will mark the 41st anniversary of the event, and, as Macy’s puts it:

“The 41st edition of the festivities will showcase a 25-minute display featuring never-before-seen shells and effects.”

Pyro Spectaculars by Souza will be bringing the “boom” for this fireworks display, which will include “multiple new shells including color changing chrysanthemums, purple crackling ghost peonies, orange bees, and pulsing happy faces in 23 electrifying colors.”

It’s going to be a sight that the whole island will enjoy, so be sure to find yourself a good spot to watch the action from, then enjoy.

With all the options available to you, it’s likely you might have head to more than one spot during your Fourth of July celebrating. When it’s all said and done, be sure to return to the number one spot for rest and relaxation on the whole of Manhattan — The Cole.

This spacious, amenity-filled, superbly designed apartment community is perhaps the best you’ll find located on the Upper East Side. With plenty to do and see — from shopping to dining and beyond — you’ll want for little, and be plenty recharged by the time the next big holiday rears its head. Take a look, and you’ll see.