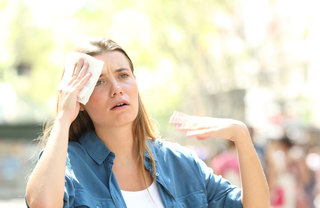 Unless you’ve been shut in for the majority of the summer, you’re likely aware that outside the Manhattan apartments for rent, we’re experiencing a crazy heat wave. As this recent report from AM New York so succinctly noted, the temperatures have been oppressive, even if they’ve backed off a bit from what we experienced a few weeks past:

“Even at the height of this week’s heat, said Radell, it will remain relatively mild — the high for the week is still in the low 90s, nowhere near the earlier heat wave. Still, it will be hotter than what is considered normal for this time of year in New York, according to the meteorologist.”

That heat is going to be tough to beat, especially if you’re out and about and nowhere near home. There’s hope, however, in the form of so-called “cooling centers” spread about the Upper East Side and designed to give residents a break from the outrageous temperatures:

“When the heat index, which is an estimate of how it feels when air temperature and humidity are combined, is predicted to be dangerously high, New York City opens cooling centers in air-conditioned facilities to offer people relief from the heat.”

Where can you find these cooling centers, and what should you know about them? That’s exactly what we plan on exploring today, as we delve into everything you need to know about New York heat waves and how you can find some relief at your local cooling sanctuary.

What’s Up With This Heatwave?

Things have really been heating up this year. In fact, you might have noticed things feeling hotter than they ever have in the past, and you wouldn’t be the only one who’s taken notice. According to the New York Post, this summer is well on its way to being one of the hottest ever:

“This month could become the hottest ever recorded in the world since records began. With only a week left of July, heatwaves are blanketing countries all over the globe leading a lot of experts to claim this is the latest evidence of climate change.”

They go on to explain that July temperatures for 2019 were even greater than 2017 (another unbelievably hot year), and that climate scientists are speculating this may be one of the hottest summers recorded on earth (at least as long as humans have been keeping records about that sort of thing, that is). In New York, it’s no exception, and the temperatures have been so dangerous that Mayor Bill de Blasio has had to issue warnings to residents of the city, and some highly-anticipated events have been called off due to safety concerns borne of the heat:

“The weekend heat is expected to be so dangerous that OZY Fest in Central Park, the second half of the Pinknic Festival on Randalls Island and the Coney Island Music Festival are called off. Sunday’s New York City Triathlon has also been canceled for the first time ever.”

This is all to say that summer has been much hotter than New Yorker’s are typically accustomed to, so taking precautions is a much. You’ll want to have water on you at all times, and you’ll also want to take some time to lounge in the pool if you have the opportunity. Taking breaks from the outdoors and availing yourself of those cooling centers will also be key.

Where the Cooling Centers Come Into Play

The City of New York has opened up 500 cooling centers across the entirety of the metropolis in response to the heatwaves. If you’re unfamiliar with the concept, these are public spaces, organized by government officials and designed to combat hyperthermia among the populace. You’ll find said cooling centers in places like libraries, community centers, senior centers, and NYCHA facilities.

While it might not seem like a big deal at first, the heat is serious business, and with a heatwave in effect, people could die if they don’t have access to cooler spaces to find some relief. Heat stress and heat stroke can do a number on people, especially if they are frail and at risk for the effects of excessive temperatures. The symptoms are numerous, and can include:

Left untreated, heat stress can lead to death, so it’s very important that everyone stays cool and hydrated while temperatures are still through the roof. The cooling centers play a critical role in helping out, and if you’re on the Upper East Side, you’ll find them at these locations:

And should you find yourself out and about, exploring beyond the Upper East Side, you can still find yourself a place to take shelter. The city has put together a map of all the cooling centers within the bounds of New York that you can use to track down a place to get some relief when the heat is at its worst.

Keep Cool at These Manhattan Apartments for Rent

The temperature is never an issue when you call classy communities like The Cole home. Here, among the pristine backdrops of the Upper East Side, your convenience and comfort are put at the forefront.

These luxurious apartments deliver with all the amenities you’ll need to make it through the summer (like that critical air conditioning) and then some. Beating the heat never felt so good. Be sure to check out everything The Cole has to offer, then learn how you can make this your new home in fabulous New York City today.