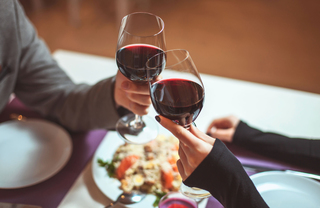 While it might seem unlikely to anyone outside of the Manhattan rentals in the Upper East Side, locals know that the neighborhood has a reputation for being one of the island’s more enchanting and romantic destinations. So much so that OpenTable has named an area dining hotspot as one of the most romantic in the whole of the United States.

How could it be that a humble city eatery made the list? How was the selection made? What other famed NY-city favorites might fit the bill? We’ll get into all of that today, so read on as we explore this “most romantic” listing and several other spots on the Upper East Side you should be paying attention to if you want to enjoy a nice night out.

What’s This About Most Romantic?

If you read over that Patch article closely, they detail how Erminia Ristorante on East 83rd Street was recently named one of the 100 Most Romantic Restaurants In America For 2018 by restaurant locator/reviewer OpenTable. The selection process was stiff, as the website rigorously analyzed 12 million reviews across 26,000 restaurants nationwide to reach their conclusions.

For their part, OpenTable notes that Erminia has long been considered a sterling establishment:

“Forbes Magazine twice selected Erminia as its number one Top Pick for food. Most diners agree that the original concoctions prepared here will win the hearts of all those who come to experience the fare. The Swiss Alps cabin-like atmosphere accents the rustic feel at Erminia.”

And these accounts are backed up by many of OpenTable’s reviewers. This 5-star gem from JeremiahH sums up the general attitude toward the restaurant:

“I cannot say anything bad about Erminia. My girlfriend and I have been there twice, and it has become our little spot! Both times it has been a phenomenal experience all-around. Perfect for special occasions and VERY romantic. I love this restaurant and I hope to be back very soon!”

And OpenTable aren’t the only ones who feel Erminia’s earned the honor. Head over to Zagat, and you’ll see that they too feel that romantic special occasions are Erminia’s forte:

“If you’re looking for romance, try this transporting UES Roman hideaway, where a cavelike, candlelit setting sets the mood for knockout Italian cooking, while attentive service and a leisurely pace do the rest; sure, it’s expensive, but there are only a few tables, lending exclusivity to this special experience.”

Which, for those in the know, comes as no surprise. Founded in 1982, this cozy, candelit Roman restaurant has long provided a romantic air against which to dine. From the outside, you’ll get the impression of an old-school, family-run masterpiece. Inside, the ambiance continues to delight:

“Proposals seem to come nightly, and couples come back year after year to celebrate their anniversaries and birthdays at Erminia – where romance is served every day!”

Adding to the fun is Erminia’s fine menu, which includes all manner of Italian-inspired favorites that lovers of this style of cuisine have come to expect, along with some innovations that keep the fare here from seeming stale or too derivative.

What Else On The Upper East Side Fits The Bill?

Of course, there are other restaurants in New York City that could fit the bill as being romantic, as that Patch article so helpfully states. They even go through the trouble of pointing out the other New York representative on OpenTable’s List: DUMBO’s River Cafe.

Founded in 1977, this spot claims to be one of New York’s most unique, situated on Water Street and world-renown as a culinary destination par excellence. “Across a bridge, over a river, into a dream,” they state, as the eatery is located by the banks of the East River.

The product of Michael O’Keeffe, this Michelin-rated hotspot has earned numerous accolades, from the likes of The New York Times and New York Mag, who call attention to The River Cafe’s rich history, and, of course, the inimitably romantic setting. Most notable are the numerous weddings the restaurant has helped host over the years. Grand as it is, though, there are still plenty of other spots that are conducive to love tucked around the city here and there.

If you’d like to concentrate your efforts on The Upper East Side, you’d do well to check out Daniel, the neighborhood’s “French flagship,” courtesy of mastermind Daniel Boulud. The restaurant is pricey, to be sure, but it has earned its place among the upper-echelon of the New York City dining scene, with numerous awards for its high-quality European cuisine and exquisite service.

It also helps that Daniel is set in such a lovely location, right on East 65th Street. Here, in the former site of the Mayfair Hotel, you’ll find a superb eatery that’s well-versed in the French tradition, serving up plenty of wild game, fine meat, seafood, fruits, and vegetables of the highest order. Coupled with an amazing cellar (stocked with the fines wines) as well as a robust Champagne program, you can see why love would be in the air while enjoying a meal here.

Then there’s Sushi Seki. There are actually two other locations around the city -- in Times Square and Chelsea -- but the Upper East Side location is where you’ll want to experience the magic. The food is what you’d expect: high-end sushi and other Japanese favorites. The setting, however, is something out of this world. Spacious, and yet, at the same time, close and intimate. Sit at the bar and watch the wonders up close, or pick a seat on the floor and enjoy a close conversation as you wait for your favorite dish. Either way, you’ll be well-served here.

Who Knew Such Wonder Was So Close To The Manhattan Rentals?

You likely did, if you’re a longtime resident of great places to live like The Cole. If you’re not, though, you should get a taste of what you’ve been missing. This amazing apartment complex is far from ordinary -- featuring modernized floorplans and outstanding rooftop amenities -- you might even call it the perfect romantic hideaway to retreat to after an enthralling dinner.