The Women Who Made NYC History 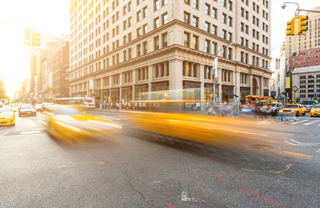 New York City has a history as long and storied as any other in America, and while the famed gentlemen who lent their contributions to the city’s story are often well-known and widely discussed, we’d be remiss if we didn’t also pay homage to the ladies. They too have played a part in shaping the city, from the affordable Manhattan apartments all the way to the outer boroughs.

This Women’s History Month, join us as we touch upon a few famous ladies who either have roots in the city, or did something amazing to redefine its history. From the arts to public service and beyond, these women represent the finest examples of humanity NYC has to offer. Let’s explore.

Born Elizabeth Jane Cochrane, this journalist, who published her works under the pseudonym “Nellie Bly,” wasn’t born in New York City. She was originally from Pittsburgh, where she started as an investigative reporter for the Pittsburgh Dispatch. Though skilled, it wasn’t until she left the Pittsburgh Dispatch, moved to New York City, and joined the offices of Joseph Pulitzer at the New York World that she completed her most notable work.

The first of these groundbreaking successes was her investigative work, Ten Days In A Mad-House, a series of articles written undercover at the Women’s Lunatic Asylum on Blackwell’s Island, later compiled into book format. After deceiving asylum staff into committing her, she reported on the horrors of Blackwell’s Island, exposing them to the world at large.

She experienced deplorable conditions firsthand -- substandard food, mistreatment from staff, beatings, and other maladies. Bringing these injustices to light secured her fame, and, more importantly, led to some measure of reform in how the mentally ill were treated at the asylum.

Bly didn’t finish there, though. She is also well-known for traveling Around The World In Seventy-Two Days, taking Jules Verne’s fictional work and turning into reality. She made the voyage alone, travelling by steamship and railway. At the time, it was a world-record, and while it was later bested, Bly is counted as one of the first, and has secured her place in the annals of history.

There are hundreds of New York performers we could include on the list, but not a one of them is as “New York” as Billie Holiday. Born in Philadelphia as Eleanora Fagan, she spent most of her childhood in Baltimore, Maryland, before becoming a frequent performer at Harlem nightclubs.

After her “discovery” by producer John Hammond, her rise to stardom was meteoric. Mainstream success via popular and high-selling albums, collaborations with the likes of Teddy Wilson, Duke Ellington, and Count Basie, Holiday even released what many regard as the First Great Protest Song, “Strange Fruit,” in 1939, along with “Fine And Mellow” another hit.

It’s unfortunate that her story ends in tragedy -- Holiday was beleaguered by legal troubles and alcohol abuse the led to her death (cirrhosis of the liver) in 1959. Her legacy is strong, however, and even to this day, she is still considered to be one of the top five jazz vocalists of all-time.

We can’t have heroes without the occasional villain, and Leona Helmsley more than certainly played that role to the hilt. The Queen Of Mean was best-known for her tyrannical behavior -- she was a harsh mistress to her employees -- in addition to being a Notorious Tax Cheat, yet, there was a time when she was also a reasonably respectable businesswoman, the Donald Trump of her day:

“She put herself forward in a series of television adverts in which she played the role of Queen of the Palace, a reference to the Helmsley Palace Hotel, presenting a face of the stern manager who demanded on the part of her customers the best in standards. Such championing of the consumer was one aspect of the Reagan decade, and it helped propel her and her husband to a fortune put at its peak at over $5 billion.”

Helmsley’s disdain for the “little people,” however, became her undoing, and while history will remember her most for her misdeeds, it will remember her -- for both her philanthropy and legendary cruelty. Her tale also serves as a cautionary one: “be nice to the little people, as it hurts when they bite back.”

American socialite and wife of John D. Rockefeller Jr., Abby Rockefeller could have stayed contented as the spouse of a multi-millionaire, resting upon her money for the majority of her adult life. Instead, she let her passion for the arts spur her to a higher calling, becoming the force behind what is now known as New York’s Museum Of Modern Art.

Rockefeller was well-known for collecting paintings and drawings (in addition to the numerous philanthropic endeavors which occupied her earlier years). In 1928, she enlisted the aid of a designer to create a suite of roms for these works on the 7th floor of a nine-story home the Rockefellers owned, turning it into a private gallery.

When news of this spread, the idea for MoMA was born. Along with her associates, Lillie P. Bliss and Mary Quinn Sullivan, she raised the necessary funds and created the operational structure of the Museum Of Modern art, which came into existence in 1929. It’s been a notable New York institution ever since, wowing guests with a thrilling assortment of exhibits from across the globe.

Let’s end on a high note, shall we? America’s longest-serving first lady, diplomat, and activist-extraordinaire Eleanor Roosevelt redefined what it meant to be the first lady, using the position to advocate for human rights, civil rights, women’s rights, and children’s causes the world over.

An avid writer, she she had a daily newspaper column, “My Day,” another first lady “first” among her other claims to fame. She continued her works even after her husband, President Franklin Roosevelt, died, championing for equal rights and giving a voice to the voiceless when they needed it most.

Next Time You Step Out Of The Affordable Manhattan Apartments, Pay Homage To These New York City Greats

Living at places like The Cole mean you’re [right in the action]https://thecolenyc.com/) of the city, and can go out to see the spots where these impressive women touched history. You’re also well-served by an amazing apartment community that puts a premium on comfort and convenience. Check it out, and make it your choice for superior New York City living.