Things To Love In Upper East 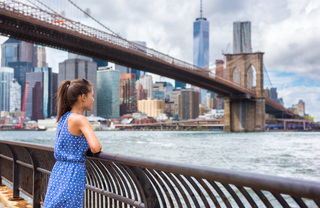 There’s a reason people love the apartments for rent in Manhattan. Specifically, the famed Upper East Side is an area that enjoys a tremendous amounts of popularity and a high profile as one of Manhattan’s hallmark neighborhoods (and a place that most wouldn’t mind calling home):

“Leafy home to the City’s elite, the Upper East Side is a place for pastry, pearls and pocket squares. Refined culture and shopping are the name of the game up here. Case in point: Museum Mile, whose institutions include big names like The Metropolitan Museum of Art and the Solomon R. Guggenheim Museum alongside gems like Neue Galerie and the Frick Collection.”

What’s the deal behind the appeal? That’s exactly what we’ll be taking a look at today. We’re diving deep into some of the reasons that people love the Upper East, and some of the finer features that may well draw you to the area as well.

What’s So Great About the Upper East Side?

Like the intro quote above alludes to, a large part of the Upper East Side’s popularity comes from all the great museums that are located right within the neighborhood. Most notably, New York’s famous Museum Mile on Fifth Avenue (between 82nd and 105th Streets) provides residents with a long list of institutions to explore, including:

If you’re looking for a condensed list that distills the Upper East Side’s museums down to the best of the best, you’d do well to take a look at TimeOut New York’s list of Upper East Side favorites, and learn a bit more about what these peerless institutions will have to offer you should you decide to take a visit. Also note that in addition to the amazing museums, the Upper East Side is also home to some rather notable art galleries, which include the likes of:

It’s not all just about art and museums on the Upper East Side, though. This neighborhood is also famed for its shopping and restaurant scene. The list of eateries and retail establishments is so immense we couldn’t possibly cover all the options here, but we can point out highlights, like legendary Madison Avenue:

“Madison Avenue in NYC is home to some of the most extravagant shops in the entire world. Passing through Midtown, the Upper East Side, Spanish Harlem, and Harlem, Madison Ave has become a shopping haven for NY tourists as well as local New Yorkers. Named after Madison Square, which was named in the honor of former President James Madison, this historical avenue embraces the diversity of New York by maintaining lots of character and enchantment.”

You can check out NYC GO for a list of prominent retail options along this famed stretch of road, and should bear in mind that exploring them all is a task best spread out over a number of days! As for the cuisine in this section of the city, you’ll find it all, from sumptuous Italian to great Japanese and beyond. Personal preferences may vary, but you can get an idea of all the fantastic meals that await you by checking out the Infatuation’s feature on The Best Restaurants on the Upper East Side.

For book lovers, the fact that the Upper East Side is home to four different branches of the New York Public Library is another big plus:

And when it comes to getting around the city, the Upper East Side makes it easy with prime access to many of New York City’s public transportation options. By both bus and subway, you can zip around to the other areas of NYC with ease, and when it comes to traversing the neighborhood, this is a zone that’s easier to walk through than most (which should come as no surprise being located in Manhattan).

Beyond all of these amazing features that the Upper East Side holds, there’s one final characteristic that’s hard to put your finger on, but easy to sense as you walk around through the neighborhood — the charm and culture. The Upper East Side is known for its upscale atmosphere, affluent roots, and the many famous families that, at one point or another, called the neighborhood their home.

It goes deeper than an attachment to wealth and power, though. Life in the Upper East Side seems distinctly slower and more relaxed than other parts of the city. In fact, you’re liable to forget you’re in the city altogether at times, because the pace is just that laid-back. It’s a welcome change of pace from the usual hustle and bustle (while still being close to all the action when you want it). Kind of like the best of both worlds, New York City style — it’s a facet that Upper East Side residents have come to enjoy, and one of the largest draws to the neighborhood you’re likely to find.

If you’re thinking the Upper East Side sounds like your kind of neighborhood, you should know that apartments like The Cole are perfect for putting you right in the thick of it. Located right on East 91st Street, you’re living in the midst of the best that this neighborhood has to offer, from amazing shopping and restaurants to the killer New York nightlife and everything else in between. Being where you want to be has never been simpler, and The Cole makes sure you can do it all in style. Come see what this community is all about, then make it your first choice for New York City living done amazingly right.